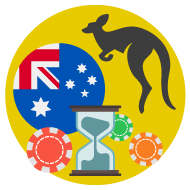 HISTORY OF GAMBLING IN AUSTRALIA

Even though there's a saying that Australians will bet on two flies crawling up a wall, Australia's first legal casino only opened for business in 1973.

That's not saying that gambling hadn't been on the scene in Australia until 1973 - far from it!

Two-Up is traditionally played with pennies and might have evolved from pitch and toss, a game involving tossing a single coin into the air and betting on which side it would fall. The exact beginnings of the game still aren't traced.

As time went on, illegal two-up "schools" sprang up throughout the country. The legendary Thommo's Two-up School was one of Australia's first major illegal gambling operations from the beginning of the 20th century right up until the 1980s.

Sadly for Thommo, two-up's gambling reign began to fade during the 50s with the introduction of other games that involved far more skill, like baccarat.

Due to the overwhelming popularity of two-up in the Australian troops during world wars one and two, two-up isn't considered illegal if it's played without a licence on Anzac Day, thanks to the New South Wales Gambling Act of 1998.

Legal Two-up arrived with its introduction as a table game at Australia's very first legal casino - the Wrest Point Hotel Casino, in Hobart.

THE RISE OF THE CASINO: WREST POINT

During World War II, business was booming in a certain hotel in the then-remote island of Tasmania. Business was so good in fact that in 1960, they succeeded in getting Australia's first gambling licence.

At the time, Tasmania's stunning scenery wasn't widely known off the island and there weren't many tourists. With the Wrest Point Hotel doing so well, folks were hoping that the added attraction of potential winnings would be just the thing Tasmania needed to jumpstart the influx of tourism cash.

If you've seen the size of this casino then you'll get it. Wrest Point Hotel Casino has Tasmania's tallest building to this day, complete with a 17 storey hotel tower with a revolving restaurant at the top.

BUT WAIT, THERE'S OTHER CASINOS IN AUSTRALIA, SO WHAT HAPPENED THEN?

With the bricks and mortar casino being such a massive draw, the rest of the country wanted in on the action and soon enough people were high-tailing it to the government to get gambling licences.

12 more casinos opened up across the country in record time. You can read about the top five casinos in Australia right here on our website.

ARE AUSTRALIANS REALLY THAT INTO GAMBLING?

In case you haven't noticed, Australia loves gambling. We love it so much that we have the highest rate of gamblers in the entire world...and so we win more and lose more cash than anybody else.

From card games and dice to casino resorts and pub games, pokies (officially called gaming machines, or slot machines if you're American) are actually the big hitters with gambling in Australia. They're everywhere, especially in New South Wales, and why wouldn't they be? They're friendly and good for a big of a laugh with your mates in the pub.

If you're in Western Australia though, your luck's run out and you're going to have to make do with the lottery.

However, gambling in Australia has become a large and expanding industry, incorporating a wide diversity of activities ranging from charitable gambling to internet and online interactive gaming.

This sticky fact is gotten over by having the servers for online gambling websites in places that aren't in Australia or Australian waters. This is exactly what the United States are doing and it's working for everyone just fine.

THE FUTURE OF GAMBLING IN AUSTRALIA

As you might have guessed with our crash course in online gambling up above, governments are still scrambling to process all of this. According to governments across the world, the key advances that would make the biggest impacts are:

The development of new platforms that people can use to gamble, such as mobile device technology and even on TV. The major change in recent years has of course been the smartphone but digital televisions and other peripherals are catching up.

Once these two related factors are improved on, who knows where Australian gambling will go. 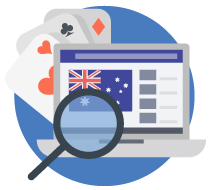 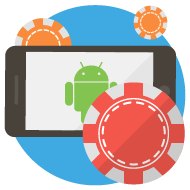 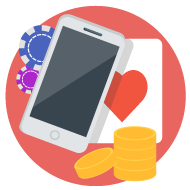 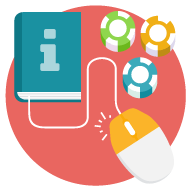